IDEF0 is considered to be one of the most popular notations used to describe business processes and functions. It is based on SADT principles. IDEF0 is a graphical notation used to create a functional model that displays the system structure and functions, as well as flows of information and material objects that link these functions (see the figure for an example of the IDEF0 diagram developed in the Business Studio software. Business Studio contains all the necessary functions for the proper design of IDEF0 diagrams). The components of the IDEF0 syntax are boxes and arrows. Boxes represent functions, arrows represent data or objects related to functions and external environment.

The main principles of IDEF0 include:

Use IDEF0 notation to describe the top level of the process model. The top-level diagram is used to represent the subject of the model generally. Lower level diagrams describe algorithms of process performance and are developed in the Basic Flowchart, Cross-functional Flowchart, EPC or BPMN notations.


For more information see the “Structures Analysis and Design Technique” book by David A. Marca and Clement I. McGowan. 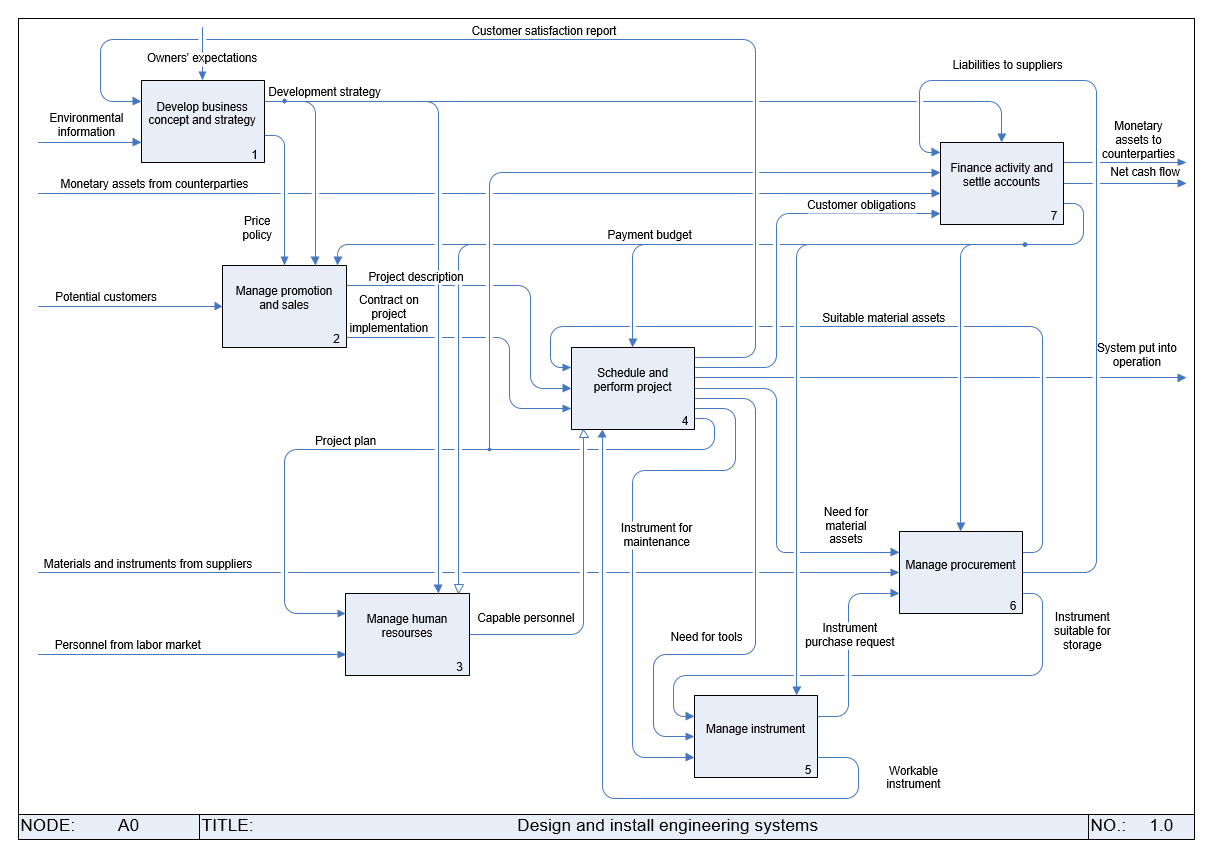 The notation is used to describe algorithm of process performance. The components of the Basic Flowchart syntax are Events, Processes, Decisions and Arrows of two types: Precedence and Object flow.

Decomposition is also one of the principles of this notation. 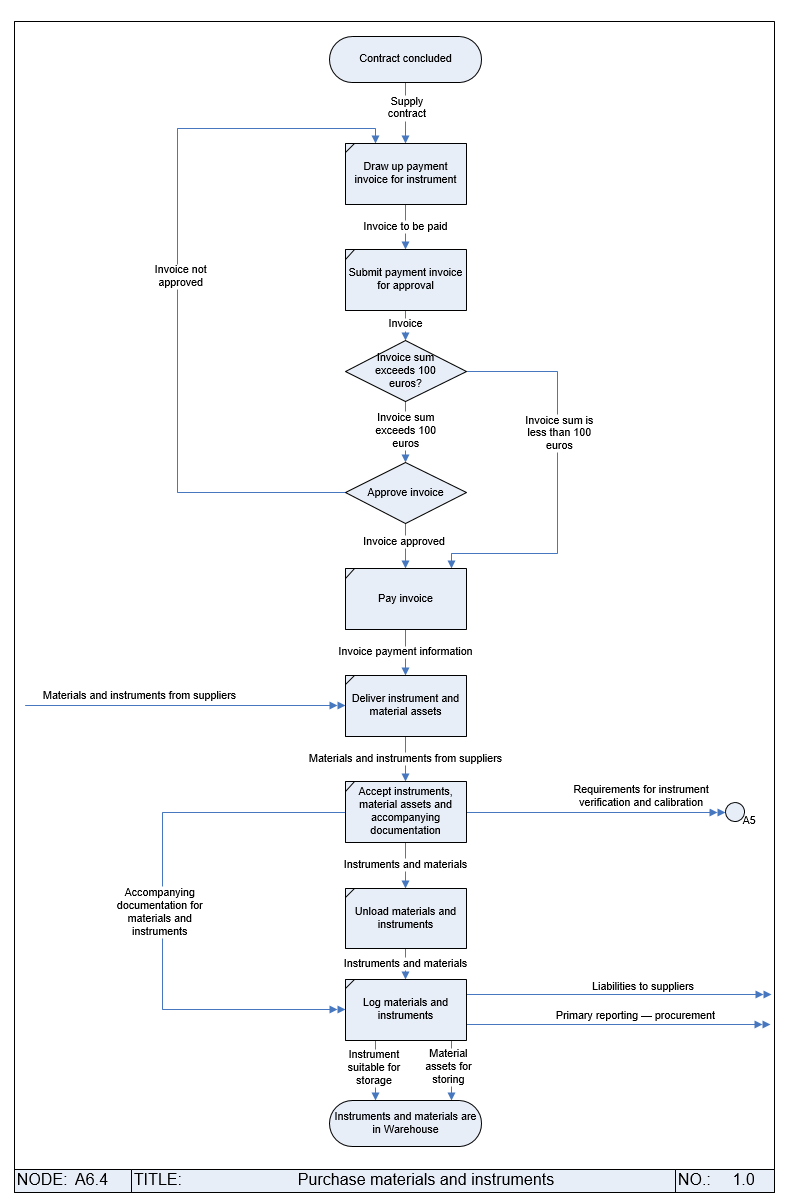 The notation is also used to describe algorithm of process performance. It uses the same syntax as the Basic Flowchart notation. In addition, it uses Swimlanes that define actors of process steps. These could be org units or functional objects.

Decomposition is also one of the principles of this notation. 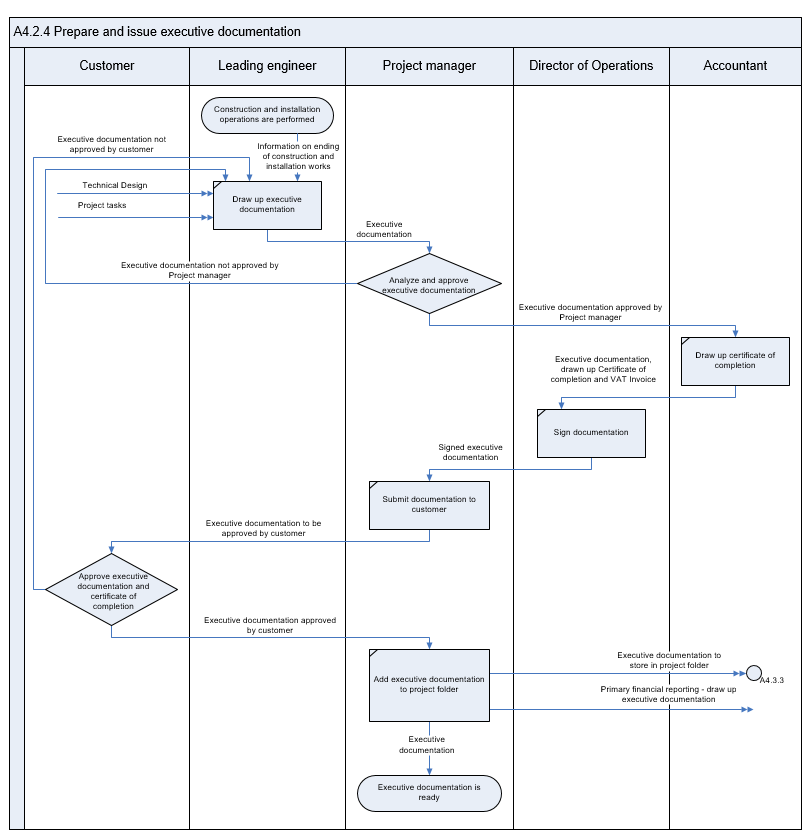 BPMN Process Descriptions are generated automatically in Business Studio, as well as other reposts. The notation is mainly used to describe low-level processes especially those whose performance logic is complicated. 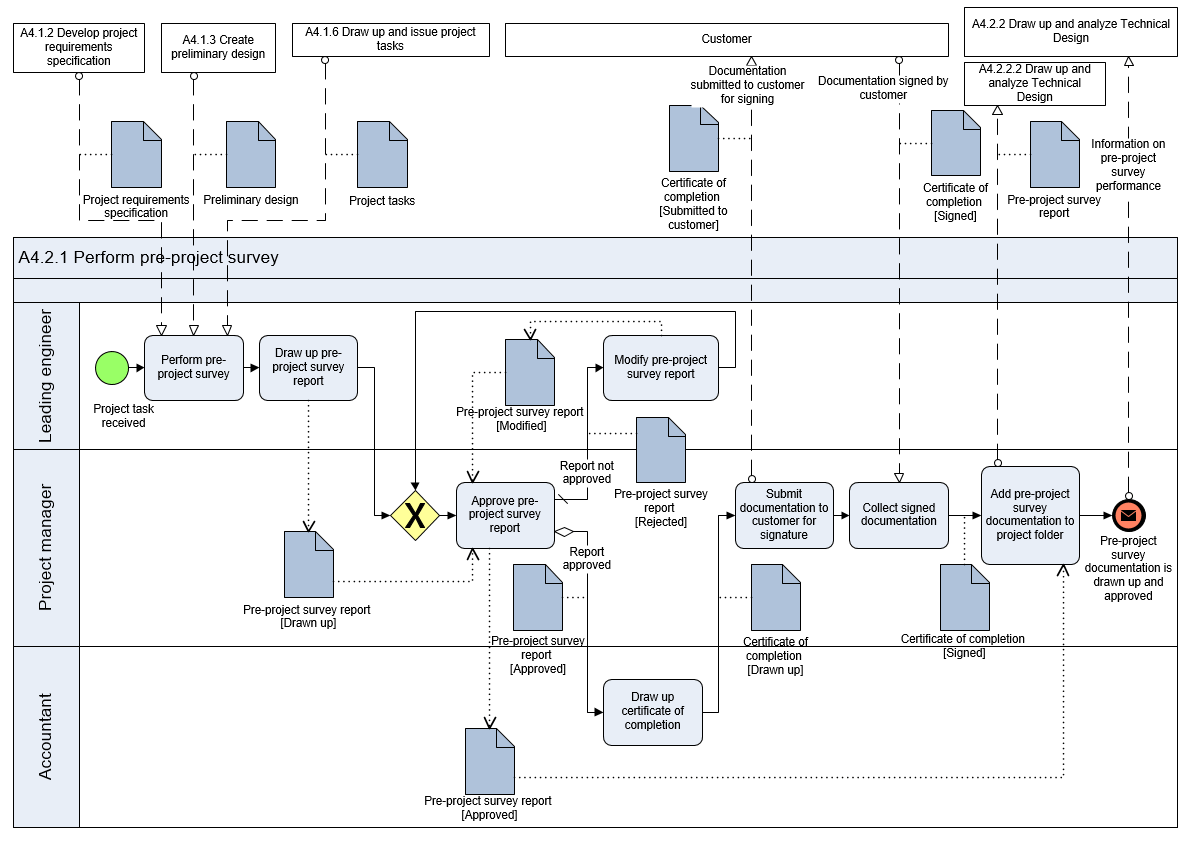 EPC is a modeling language used to describe processes and workflows. An Event-driven process chain is an ordered graph of events and functions. Start and end events as well as actors, participants, and material object flows are defined for each function. Operators are used for arrow branching.

EPC functions can be decomposed. The child diagrams are described in EPC or BPMN notations only. 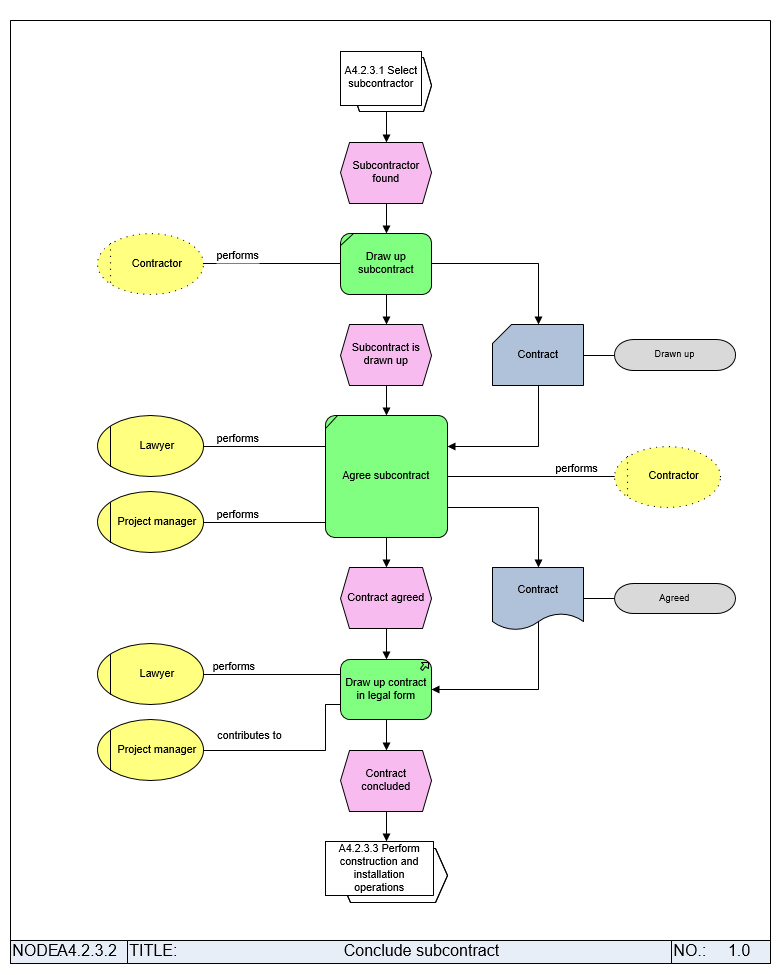 Application for a temporary license for testing